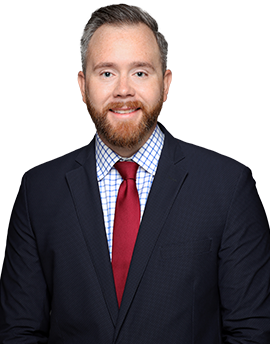 Will's practice focuses on complex insurance coverage issues, with a concentration on environmental issues and including a diverse mix of areas such as construction defects, workers' compensation issues and allegations of sexual abuse.

Will Bennett has been with SDV since he was a summer associate in the firm's Connecticut office. After beginning his practice in Connecticut, Will relocated to California to help start the firm's West Coast office.

In his time with SDV, Will has represented a diverse mix of policyholder clients and worked closely with SDV's broker partners in many different capacities, from drafting policy language to crafting contract provisions for optimal risk transfer to litigating high stakes coverage actions. Will has represented policyholders of all shapes and sizes, ranging from individuals to non-profits to international companies. In these cases, Will has successfully secured coverage for companies facing a broad array of losses, including catastrophic construction events, allegations of sexual abuse, cyber breaches, environmental accidents, construction defects, severe bodily injuries, and national food and product recalls. Will focuses, in particular, on environmental and pollution coverage issues.

While in law school, Will served as Lead Articles Editor for the Quinnipiac Law Review and was the recipient of several awards and honors, scholastically and as a mock trial competitor, where he represented the school in several national competitions. He was also an extern for the Hon. Janet Bond Arterton of the United States District Court for the District of Connecticut. It was through his work at the District Court that he first became interested in the complexities of insurance coverage law.

Will enjoys all manner of outdoor activities, homebrews his own beer, and plays several musical instruments. He currently resides in Temecula, California, with his fiance, who practices immigration law. 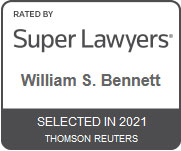 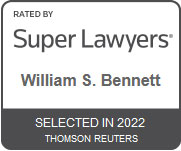 Crisis Coverage in Response to Coronavirus: Give Notice IMMEDIATELY

Will Your Cyber Insurance Program Respond if Western Sanctions on Russia Lead to Cyber-Attacks in the West?

Rather Than Limit Decision to That Particular Part of Developer's Policy Necessary to Bar Coverage, 10th Circuit Renders Questionable Decision on Exclusion j(6)

A Guide to Homeowners' Insurance for California Wildfire Losses

In the Hot Seat: Connecticut takes on ExxonMobil Over Contributions to Climate Change

SDV is headquartered in Connecticut, with regional offices in New Jersey, Florida, and California to better serve our clients. We are ready to answer your questions and are eager to assist you in developing solutions.